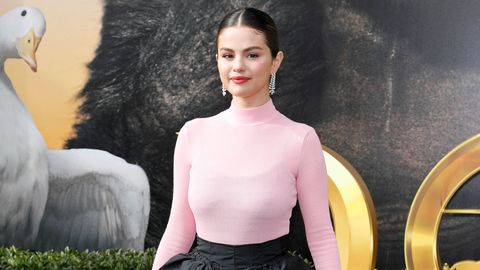 Over history, fame was measured in different ways – in the age of the internet, this measure is social media. Anyone can go viral and get their 15 seconds of fame online but to form a truly big and devoted following, it takes time, effort… and, of course, a large and devoted following in the real world as well – like the people below.

Selena Gomez made a name for herself acting in children’s shows in the 2000s, rising to prominence in the Disney Channel series “Wizards of Waverly Place”. Later, she made her debut in the music industry as well, releasing several Billboard Hot 100 top 10 singles.

As of this March, Selena Gomez is the fifth most-followed Instagram celebrity with 217 million followers.

Kylie Jenner is the odd one out on our list – her only achievement is being famous. She made a name for herself playing herself in the E! reality show “Keeping Up with the Kardashians”, followed by her own reality show “Life of Kylie”.

She is the fourth most-followed Instagram celebrity with 222 million followers.

Dwayne “The Rock” Johnson has first made a name for himself in the ring – he is a successful professional wrestler with dozens of titles to his name. After a few minor appearances on the screen, he made his ‘serious’ acting debut as the protagonist of “The Scorpion King”, a 2002 action-adventure movie that immediately put him on the Hollywood map. Since then, he has become one of the most beloved action movie actors of our time.

And his Instagram presence is also attractive for his audience… well, 224 million of them, making him the third most-followed person on the platform.

Ariana Grande made a few forays into acting during the last decade… but it’s her career as a singer that put her in the spotlight. Her success story is the one every teenager is dreaming about: her YouTube covers were discovered by a bunch of producers and offered her a contract.

Surprising as it may sound, the most-followed person on Instagram is not a socialité, an actor or a singer… but a football player: Cristiano Ronaldo. If you’ve ever used the Betway app you are likely familiar with his name: every time he steps on the turf, Betway’s odds bend in his team’s favour. Cristiano Ronaldo is widely considered the best football player of our time – but he is more than that: he is a philanthropist who has supported a variety of causes over his career.

And he is the most-followed person on Instagram with 271 million followers.