The Duke and Duchess of Sussex’s first Netflix show will be a docuseries on the Invictus Games which is being made by Oscar-winning duo, director Orlando von Einsiedel and producer Joanna Natasegara.

The first project between the streaming service and the couple’s Archewell Productions has been announced and will see Oscar-winning duo, director Orlando von Einsiedel and producer Joanna Natasegara, tell the story of how Prince Harry created the global adaptive sports competition and tell the inspirational stories of the competitors who will participate at the Invictus Games The Hague 2020, which has been delayed to 2022 due to the Covid-19 pandemic.

All the athletes at the event are armed service members who experienced life-changing injuries or illnesses due to their time serving their respective countries in the military.

Harry, 36, will serve as a producer on “Heart of Invictus” and will also appear on screen.

Piers Morgan insists Princess Diana would be horrified by the divide between Harry and William
The broadcaster quit Good Morning Britain in early March after coming under fire for his comments about Prince Harry and Meghan, Duchess of Sussex’s interview with Oprah Winfrey with him receiving particular backlash for saying he didn’t believe Meghan suffered suicidal thoughts.

In a statement, the British royal said: “Since the very first Invictus Games back in 2014, we knew that each competitor would contribute in their own exceptional way to a mosaic of resilience, determination, and resolve.

“This series will give communities around the world a window into the moving and uplifting stories of these competitors on their path to the Netherlands next year. 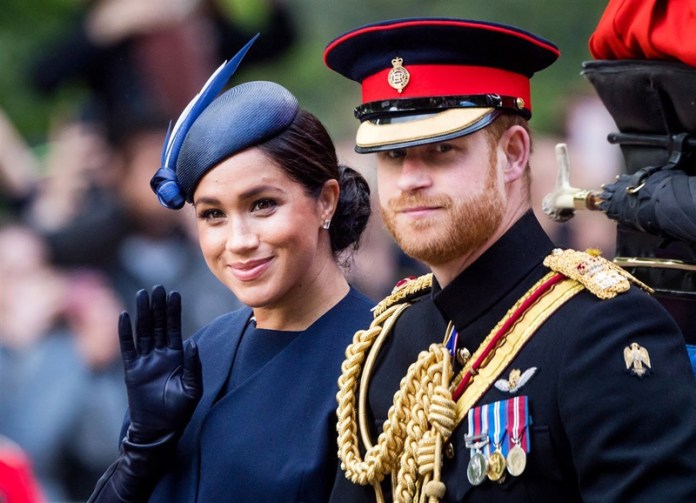 “As Archewell Productions’ first series with Netflix, in partnership with the Invictus Games Foundation, I couldn’t be more excited for the journey ahead or prouder of the Invictus community for continuously inspiring global healing, human potential and continued service.”

Dominic Reid – chief executive of the Invictus Games Foundation – added: “We’re very excited about the opportunity to shine the global spotlight of Netflix on the men and women that we work with, in order to ensure that even more people can be inspired by their determination and fortitude in working towards their recovery.

“This partnership will also bring in significant funding to the charity. We are extremely grateful to our Founding Patron for his continued efforts to support the military community, and for making this partnership happen.”

Harry and his wife Meghan’s deal with Netflix will see the couple make documentaries, feature films, scripted TV series and children’s shows through their Archewell Productions company – which gets its name from their 23-month-old son Archie – which they set-up in order to create programming that can “embrace our shared humanity and duty to truth through a compassionate lens”.

The docuseries will provide “significant funding” to the Invictus Games Foundation to go towards the hosting of the Hague 2020 event and beyond, with the next competition scheduled to take place in Dusseldorf, Germany, in 2023.

Ted Sarandos, Netflix co-CEO and chief content officer, said of the project: “The Duke and Duchess of Sussex and the Archewell Productions team are building an ambitious slate that reflects the values and causes they hold dear.

“From the moment I met them, it’s been clear that the Invictus Games hold a very special place in their hearts, and I couldn’t be happier that their first series for Netflix will showcase that for the world in a way never seen before.”